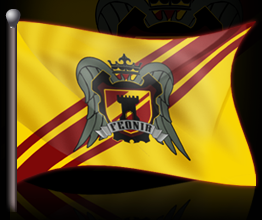 
The people of Feonir are less inclined towards war and tend more towards exploration and acquisition. Feonians are independent-minded and generally won’t attack other nations preemptively, not wishing to leave themselves vulnerable to other attacks.

They defend their relics and altars fiercely and guard their nation’s borders with tenacity. Some may consider Feonians stubborn and overly skeptical of others, but their resistance to outside pressure is actually evidence of considerable inner toughness.

They are interested in the depth and variety built into the world: the environments, their professions’ mechanics, the many different kinds of items they can acquire from killing monsters, and the equipment they create through crafting. They consider themselves more knowledgeable about the world than people of any other nation.

The citizens of each Nation determine the type of environment of the Nation. Above is a description of Feonir from the developers.

Retrieved from "https://aikaonlinena.fandom.com/wiki/Feonir?oldid=6560"
Community content is available under CC-BY-SA unless otherwise noted.