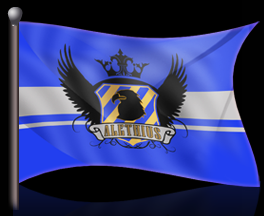 Traits: Honorable, Lawful, Noble
Citizens of Alethius are concerned with justice and fair play. They want to preserve order in their nation and they value respect and chivalry.

Their battles are sportsmanlike as opposed to being driven by vengeance or avarice, unlike their counterparts in Ostyrion. Alethians that pride in their effective structure of their nation's social establishments (guilds, ect.). They strive to be honorable and place great importance on maintaining a stellar personal reputation.

They feel that they are morally superior to people of other nations and have strong national pride, but they are willing to help non-Alethians provided they terms are fair to everyone. If any nation, group, or individual attempts to cheat an Alethian, rest assured that the offending party will be dealt with swiftly and severly.

The citizens of each Nation determine the type of environment of the Nation. Above is a description of Alethius from the developers.

Retrieved from "https://aikaonlinena.fandom.com/wiki/Alethius?oldid=6559"
Community content is available under CC-BY-SA unless otherwise noted.